The New Kid on the Block for Ruby Servers: Raptor!

Update (25/11/2014): We can finally confirm that yes, the awesome Raptor project is the codename for the next release of Phusion Passenger itself! Read the announcement

If you're a seasoned Ruby web developer you're probably familiar and comfortable using the usual suspects to deploy your applications. You're either deploying something simple through good old Thin, or you're orchestrating several Ruby processes through Unicorn workers, or you're trying out JRuby and want better concurrency and thread management, and therefore you're using either Puma or Torquebox.

And even though it feels like we are already at the peak of what's possible with Ruby, we do want more. Ruby 2.1.3 was just released, 3.0 is in development. But until then it should be possible to squeeze some more performance out of your boxes.

In fact, a new contender, with some new approaches just showed up. I have little details so far, but it's a brand new product - not derived from the others - from an unknown team. This product is named "Raptor" and they claim that it can squeeze the extra juice out of our boxes.

And this is their claim: 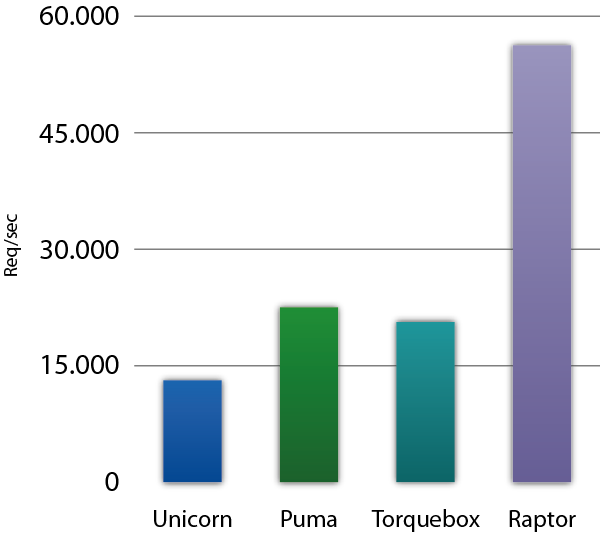 Fortunately, I had the chance to experiment it's beta release in a controlled Vagrant environment and check those claim! Bear in mind that those are synthetic benchmarks and real world throughput of real applications should give us different behavior. With that having being said, let's see how the main Ruby servers perform a very simple Rack app returning a simple HTTP 200 with "Hello World":

Now, this sounds very impressive indeed! And what about a more complex example: a simple Rails 4.1.6 application rendering a default scaffold index page with a model fetching 20 rows from MySQL:

Again, super impressive. My first impression when reading these numbers is that Raptor must have builtin response caching (which is great!). So I tweaked the example to make it much heavier than what's considered "normal" for a small cache, rendering a table of 100 rows from the database in the index page, and the results are still competitive:

The way they are able to achieve these superior numbers can be explained by the way they approached the implementation. This is the breakdown that they have released so far:

So it's not only a different implementation but also features for the future, supporting transparently handling slow clients without causing bottlenecks to your application and avoiding having extra layers of protection. And everything in an easy to use package (according to their release: you will be able to replace your current server in the Gemfile and bundle install it!)

Raptor is about to be released, so keep tuned for more news and when it's available for everybody to test their applications with. From what we have seen so far, this one looks like a winner! 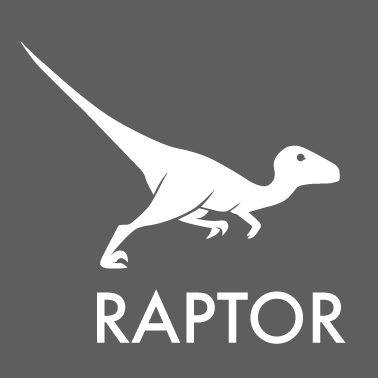